I have been visiting Zlín for about ten years. The perfect machine called Baťa both fascinates and scares me. Sometimes it reminds me of Orwell: Surrender or you will be doomed. I keep hearing stories of Baťa’s employees everywhere. For example, one day I had an appointment at the Department of Expatriates, at the Czech Ministry of Foreign Affairs. Ms Markéta Fajmonová picked me up at the reception and led me up the long stairs of the palace: “I’ve heard you’re interested in the stories of expats. Would you like to write about my mother? She was born in Calcutta, but actually lived in Batanagar, a town built by Mr Baťa.”


I went to visit her in a week, and what a surprise it was! She seemed to live in an ordinary flat, but there was something else: memories of India all over the place. An exotic carved chest, portraits from India and amazing photo albums. Hana told me the story of her father, a handy boy from the Polabí region who was invited to Zlín by one of the managers at Tomáš Baťa’s factory. In 1934, after a couple of months of training, he got an offer to go to India where another perfect machine was being built – the town of Batanagar with a factory, family houses for the workers, a gym, and a chapel.¨

Everything was going well, the colony was growing, but the situation in Czechoslovakia was bad. In 1939, young men from Batanagar returned home, hoping to be able to fight against the Nazi occupiers. Meanwhile, Hana’s father met her mother, Marie, at a prom. They were apart for six years, and after the war, they finally went together to the dreamland of India. Their first child was born and then another one.

In 1950, 2 years after the communist coup, they started thinking: should they return to Czechoslovakia, or stay in Bataganar? Hana’s family returned home, well... they were at home in India, but soon they had a new home, Czechoslovakia. But Hana’s father, who used to be a manager in Batanagar, could work only as a lathe operator, while her mother was at home. Hana’s classmates visited her at home, curious about the Indian treasures. India was still there, everywhere.


She was hoping to visit the country one day. Eventually, she bought a package holiday and spent a day in Batanagar – and an hour in the chapel where she was baptised in 1948. 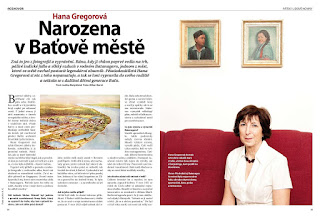 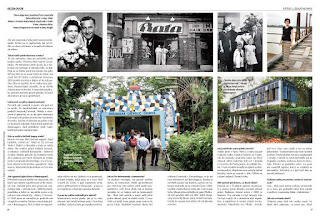 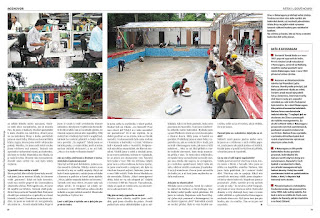 Autumn 2014
Half a year after my visit I got an email. Finally I know who I’m going to write for! Mr. Jaroslav explained he didn’t subscribe to the Lidové noviny, the newspaper I work for, but recently, he dried mushrooms on an old newspaper and noticed my article about Hana: “My grandparents also worked for Baťa in India! My mother was born there!” So went to see Jaroslav to Zlín. Another story, a different one, much more painful: the family was divided forever. Jaroslav’s grandfather stayed in India, but his grandmother and the children got stuck in Czechoslovakia – the Communists never let them leave the country... 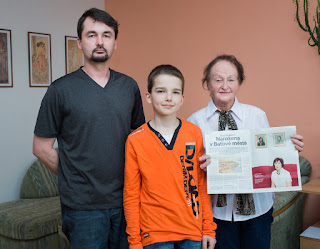 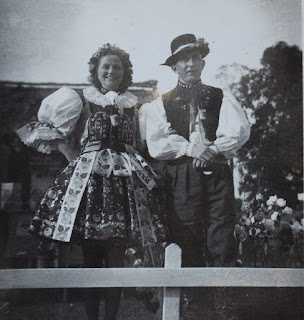 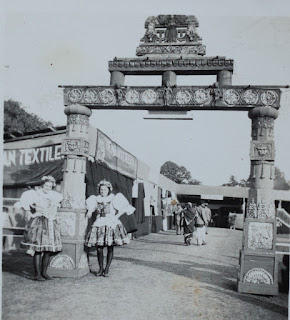 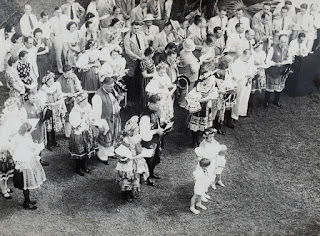 September 2014
I am in Zlin again: Sonja Baťa, the wife of Tomáš Baťa, Jr., is coming. Everyone’s in hurry and an exhibition of photographs from the family archives is going to be opened in a few hours. Sonja has less than an hour for an interview, but even few minutes are enough for me. When we talk, I feel her energy might be contagious. She has so many plans and ideas – I can’t believe she is 88. Still laughing, she tells me I shouldn’t be surprised: she’s been active all her life, and certainly not only as the wife of a successful husband. I wish I could talk to Sonja longer, but there is no time, she has to leave to another business meeting. Next time perhaps. 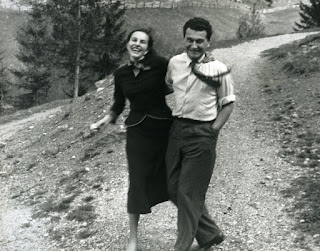 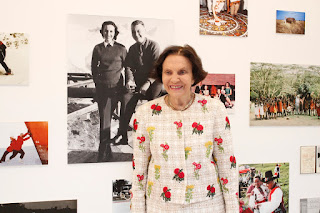 May 2016
Two years passed: May Day in Zlín. Everyone is getting ready for the parade – girls in folk costumes, musicians, majorettes. Lively bustle in the square. I’m thinking of Mrs Sonja – how old is she now? 90? I still hope we will meet again.

And I’m also thinking of the of Batanagar, the distant place that has changed beyond recognition – almost nothing has been left from the Baťa community, just the “children” who were born there. Some of them live in the Czech Republic, some abroad. 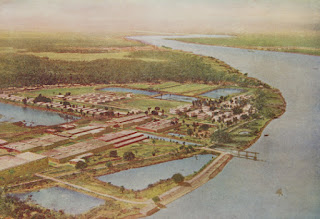 In May, I talk about my quest on the radio, and suddenly there is a message for me: “Hello, my three cousins are from Batanagar and now they live in Toronto.” I want to write back immediately, but there is no email address. The message was sent through an anonymous form – how can I find the person? I mention the link to my website on the radio, and there is another message: apparently, they cannot find the site, so finally, they add their email address. After the broadcast, I turn on my computer, hoping there will be another message. Nothing. I can’t think of anything else all the weekend.

On Monday, I get an email from Mrs Květa: “I don’t check my email so often, but if you want to contact my cousin, here it is. Her name is Patricia Baranek and she has two sisters. They were born in Batanagar during the war and moved to Toronto in 1956.” I send an email to Patricia and get a reply in a few minutes: “I’m so glad you’re interested in Batanagar, I have lots of pictures. Would you like to come for a visit? By the way, we live in the same street as Sonja Baťa.”

I hope to visit her one day.

A few days pass, and my “hope” becomes reality.

Are these coincidences? I don’t think so: I’m flying to Mrs Baťa and the “children” of Batanagar on 29 May. I’m flying to Toronto!